Accept players from United States  (Change)
Based on 3 reviews in 2 languages
3.4

An introduction of Bwin

Bwin was originally a small Austrian startup founded in 1997 with just 12 employees and is now one of the biggest sites within the industry. It started as a site with a focus on sports betting and has grown to become a popular site among betting fans.

It now has options for in-play betting, its own online casino and even it’s very own games platform known as ‘Balls of Fire’. Today, the company streams a large range of sporting events and has grown to become one of the most popular online sports betting sites used around the world. Here is our experience of Bwin’s sports betting market.

When first looking at the Bwin site, the actual sports market for Bwin is fantastic with a wide range of markets to choose from. There is a depth within each market and a range of impressive features that you can pick and choose from.

They have everything from the well-known classics such as football, horse racing and tennis, to less known sports such as Aussie rules, water polo and curling. It was clear that the focus on sports had been carried up with the foundation of the company and we could find a wide range of different football bets including 4/1 for Southampton to beat Tottenham in the FA Cup.

These odds were good compared to many other bookmakers in the market, who each provided similar odds. At the time, we could not find any bets on eSports, which was a slight downside to the market.

A diverse market that is let down by wagering requirements

Unfortunately, there were a number of downsides to the market, which was a shame as the variety of sports was truly exciting. They were extremely slow to pay out our winnings when we had won a bet, often waiting over a day just to get our money back and to further this, we found that after a few wins our accounts were being closed without justification. When contacting Bwin regarding this problem, we received little to no support at all.

In addition to this, we believe that the wagering requirements themselves were predatory with limited winnings and extremely poor rates for the bets that we had placed.

This was a huge downside considering the large range of sports that Bwin offered. We hope that this will change in the future, however, it would appear that these issues have also occurred with a number of their users over the last few years.

The major sports such as football and tennis had a range of markets to choose from which was nice to see. We had the option to make live bets on Serie A games such as AS Roma vs Bologna such as 4/1 for Bologna to win 2-0

It was clear that football had the greatest number of in-play markets to choose from however other sports often had more than 20 betting options to choose from.

The interface was clear and easy to use, with a live scoreboard at the top of the screen with some simple live text commentary text to it. Whilst simple, this was easy to use and provided more excitement for in-play betting.

On the right of the scoreboard, there was a Media section which provided us with a live animation of the event, or a live stream if one was available. Overall, the live betting options were very good and it was a good experience to have. However, once again our winnings took a long time to actually come into our account which somewhat ruined the excitement of the in-play betting market. This was a shame as it had a lot of potential.

Our live streaming at Bwin was actually very positive with a wide range of betting markets offering live streams throughout the week.

The live streams themselves were of a very high quality and combined with the in-game betting, provided us with a worthwhile experience. We could clearly see which bets were being live streamed as they had a yellow television icon next to them.

When live streaming wasn’t available for an event, we had an animation for the event that followed the action. Whilst this wasn’t quite the same as a live stream, it is something that we have not found at any other bookmaker.

Although this was a fun experience, there was nothing here that helped Bwin really stand out from the competition. Many other popular bookmakers provide live streams and Bwin did nothing in particular which set them apart from the rest. During the live stream, we did see some in-play offers and promotions however the odds were often poor. For a company that prides themselves on their in-play service, it would appear that they were pretty average within the market. As a result, our overall experience was enjoyable and we had fun placing some in-play bets. However, we found that after a single win or loss our account would be shut down without reason. This was truly frustrating and as a result, almost ruined our experience as a whole.

One feature of Bwin that we did enjoy was the diverse virtual sports market. They had their own virtual sports portal which was home to a wide variety of matches and races which were designed around the most popular tournaments around the world. It is set apart is its own section, which was a nice change to see and was a clear indication of how much time Bwin had spent investing in this niche.

The sports that they offered were diverse and included virtual football, virtual tennis, virtual horseraces, virtual greyhounds, virtual speedway, virtual trotting and even a virtual velodrome for cycling races.

Each one of these virtual sports were provided to us in HD video and came with high-quality audio and great live commentary of the match or race. The animations themselves are of an extremely high quality and from a distance even appear like the real thing.

To further this, the results that were provided for each of the virtuals sports were actually very good, even when compared to top competitors within the market.

For example, in the virtual football section, we could often find odds averaging 1.8, which is quite high compared to what we often got in the real-life matches. This was a great feature of Bwin and something that really helped them to stand out.

We found that the mobile app much like the virtual sports options were a great strength of Bwin. It could be easily accessed for Android and iOS devices through the app store and contained all of the features that were available on the site itself. The app was well designed, providing you with a range of clear menus to browse around on.

In addition to this, we also had the option for full screen live streaming on the app, which was a great feature not usually found on the apps of their competitions. As a result, we could watch live streams on the go and place in-game bets whilst being able to watch the live action.

Bwin also goes the extra mile with its app by providing you with unique features such as live updates as well as its very own news section. This felt much like a blog and was very easy to read when waiting for a match to begin or to get some extra information regarding which bet to make. This service was absolutely fantastic and something that we definitely enjoyed. We hope that they continue to develop this feature in the feature as it was one that could really help them stand out.

When it comes to customer service, Bwin is simply not up to standard. The customer service team only operate within restricted hours, which can make it a pain to get into contact with them. As a result, the response time is extremely poor and slow compared to their competitors on the market.

When we encountered issues regarding our accounts, the support team were less than helpful and provided us with little to no support. As a result, this was one of the worst customer service experiences that we have ever had.

Although it has potential, Bwin are not currently doing enough to compete in the market. They appear somewhat predatory, with numerous issues regarding payment of our winnings as well as random suspension of accounts when it comes to larger winnings. Whilst they have potential with a fantastic range of markets to choose from, as well as an ever-developing virtual sports market, the bookmaker is ridden with underlying issues which are not helped by poor levels of customer support.

At the moment, we would highly suggest visiting a different bookmaker to make your bets such as Ladbrokes or Coral who are known for their great practices and positive reputations. 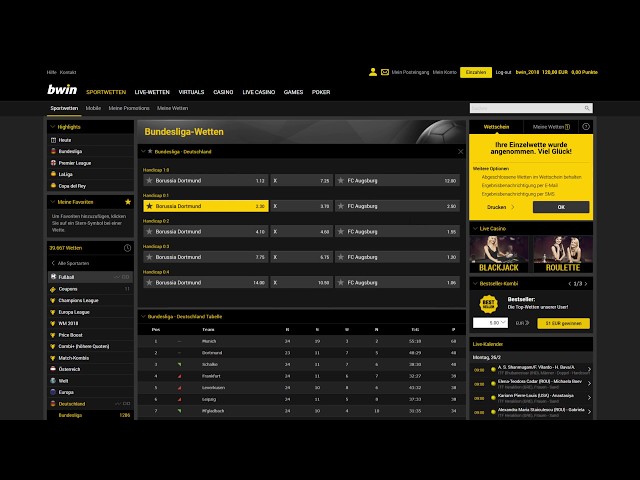 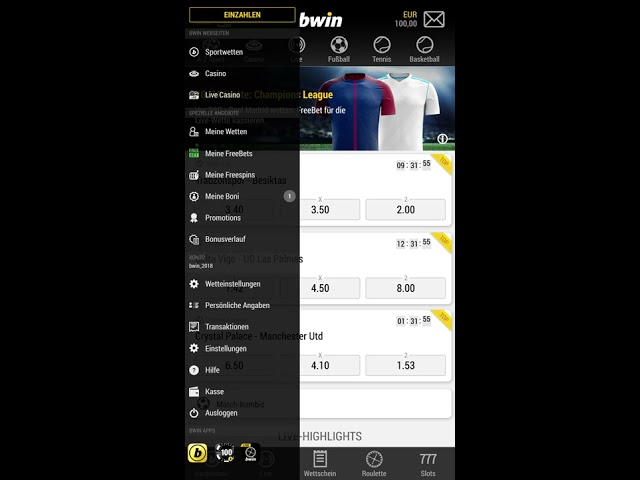 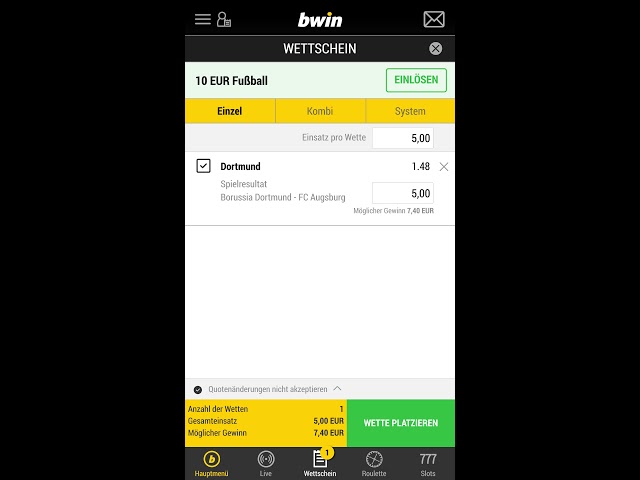 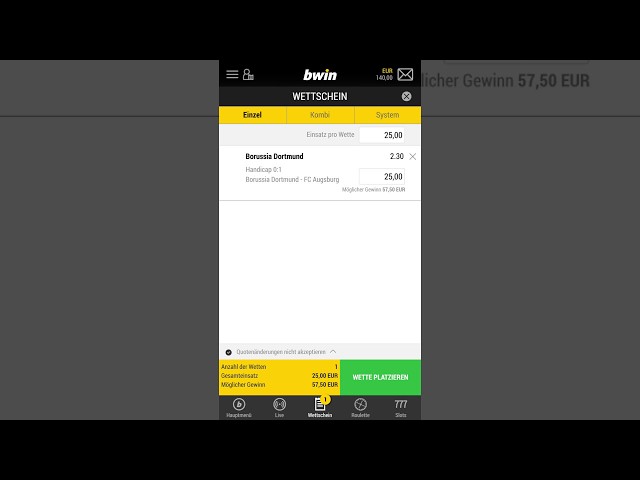 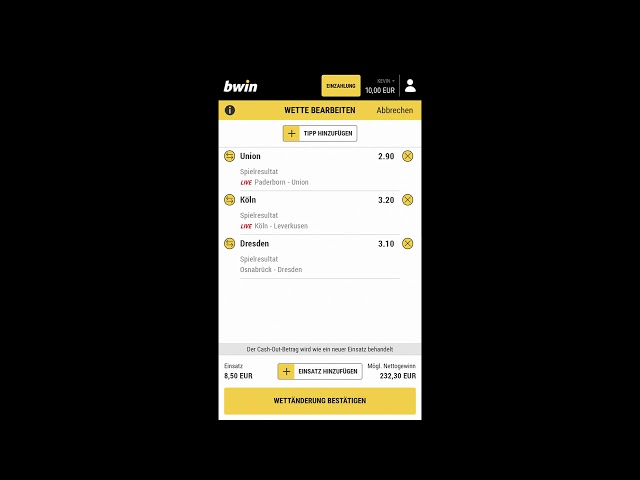 Do I have to pay the fee for my deposit at Bwin?

When you deposit your funds at Bwin, it is completely free. Please don't worry about it.

Bwin's customer support offers accurate, supportive and polite advice on any issue. Live chat is available 24 hours a day, every day. You also can contact via phone number 00350 200 7776. Although Bwin doesn’t provide the email address, you can go to the website and type your message in the contact form. After that,  you enter your e-mail address and you'll receive an e-mail response.

At Bwin, you can clam you £10 free bet by these steps below:

2. You will place a deposit between £10 or more in your online account

How many sports are there for betting options?

From football and tennis to water polo, rowing, diving and yachting, there are more than 90 sports for you to choose from. In fact, there are still at least 30,000 daily betting choices open to you.

It means you will have plenty of opportunities to play your lines correctly in every portion of the sportsbook, whether in major or niche sports, at any time of the day and throughout the week.

Does Bwin have other games in app?

Other gaming options available to Bwin are e-sports betting, casino (regular and live), casino, and poker games. A number of casino and poker promotions are available to give you a try on the other Bwin products. You can access them on the internet, in the desktop edition or in the app.

What are the payment methods available at Bwin?

What is a double charge at Bwin?

A double charge at Bwin is a temporary block of the amount you previously deposited, and a fee of the same transaction amount that was made. It might happen when you deposit with your card, and that is in line with Spain's current deal between banks and card issuers.

How long do I get my funds back?

What is a CVC2 code at Bwin?

CVC2 means "Card Verification Code". If making international credit card purchases over the telephone or Internet, you will be asked to include this code as a security measure. You will find this three-digit code at the back of your credit card in the area reserved for your signature. If you can not find any code there, please check with your credit card issuing bank.